Bid Modifiers are objects that control bid price and allow advertisers to implement a sophisticated bidding strategy on a single line item without the use of a bidding agent.

Bid Modifiers can be associated to any line item or campaign, and express two things:

Bid Modifiers can be used to either increase or decrease bid prices and are applied after targeting.

For example, if an advertiser values iOS users twice as much and Android users less, they can target both types of users in a single line item and still reflect this distinction with a Bid Modifier.

The Bid Modifier would set a base bid, with a multiplier factor would lower the bid for Android and increase the bid for iOS: 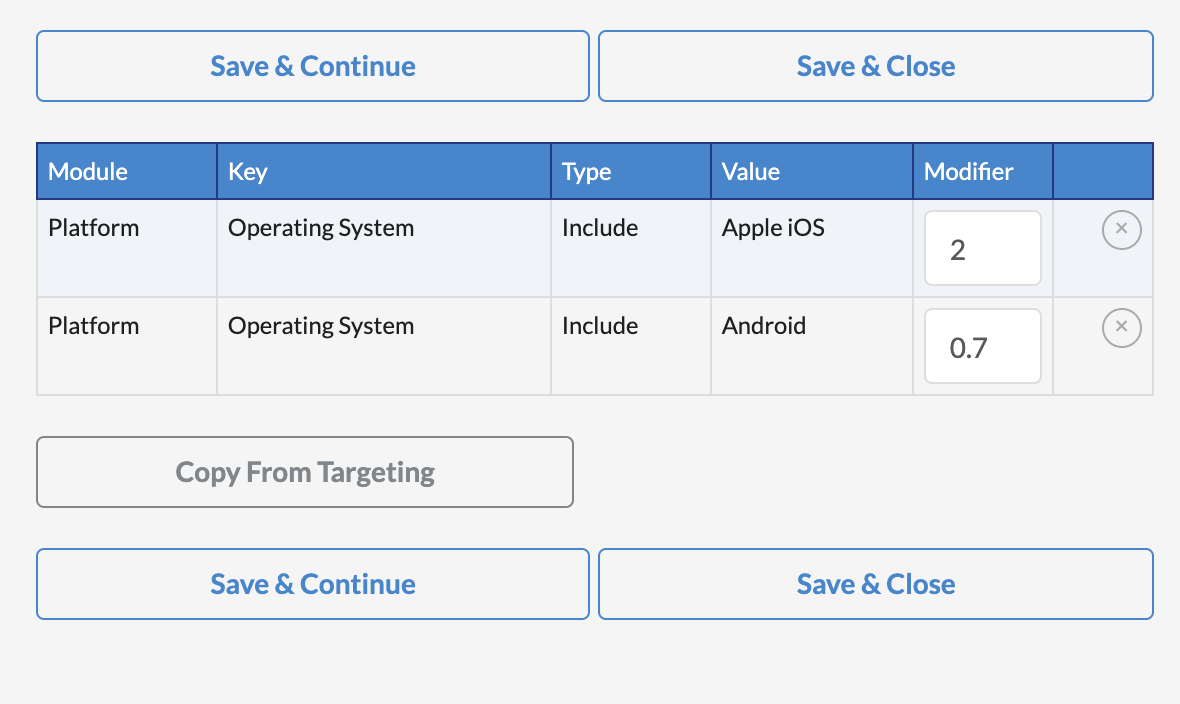 In this case, the Bid Modifier applies a factor of 2 to the iOS auction, and .7 to the Android auction. Bid Modifiers can be applied on any targetable module in the UI, including, but not limited to device model, geo, user segments, custom lists, and ad size.

Bid Modifiers can be used with the following Line Item Bidding Strategies:

Bid Modifiers are not supported with VCR bidding strategies.

The bid modifier will otherwise not be applied to the bid with which your bidding agent responds.

Did this answer your question? Thanks for the feedback There was a problem submitting your feedback. Please try again later.