Real-time bidding (RTB) is a method of transferring media on an individual impression basis, which is bid on in real time via an ‘auction’. OpenRTB is an open protocol to automate trading of digital media.

Exchange or Supply Side Platforms (SSPs), also known as “inventory sources”, generate “bid requests” when a publisher wishes to fill an impression. Bids on those requests are submitted by Demand Side Platforms (DSPs) and the winning bid is decided by the inventory source. The corresponding advertisement for the winning bid is served to the browser or app that triggered the bid request.

DSPs can have integrations with multiple inventory sources to allow them to buy media programmatically from a wide variety of publishers. In order to transact with the inventory source, the DSP needs to understand how to read that given inventory source’s bid request object and also respond in a way that the inventory source can interpret. For this reason, the IAB released a standardised method for structuring bid requests which allows platforms to integrate more easily. These protocol standards aim to simplify the connection between suppliers of publisher inventory (i.e. exchanges/SSPs) and the buyers (i.e. bidders, DSPs). 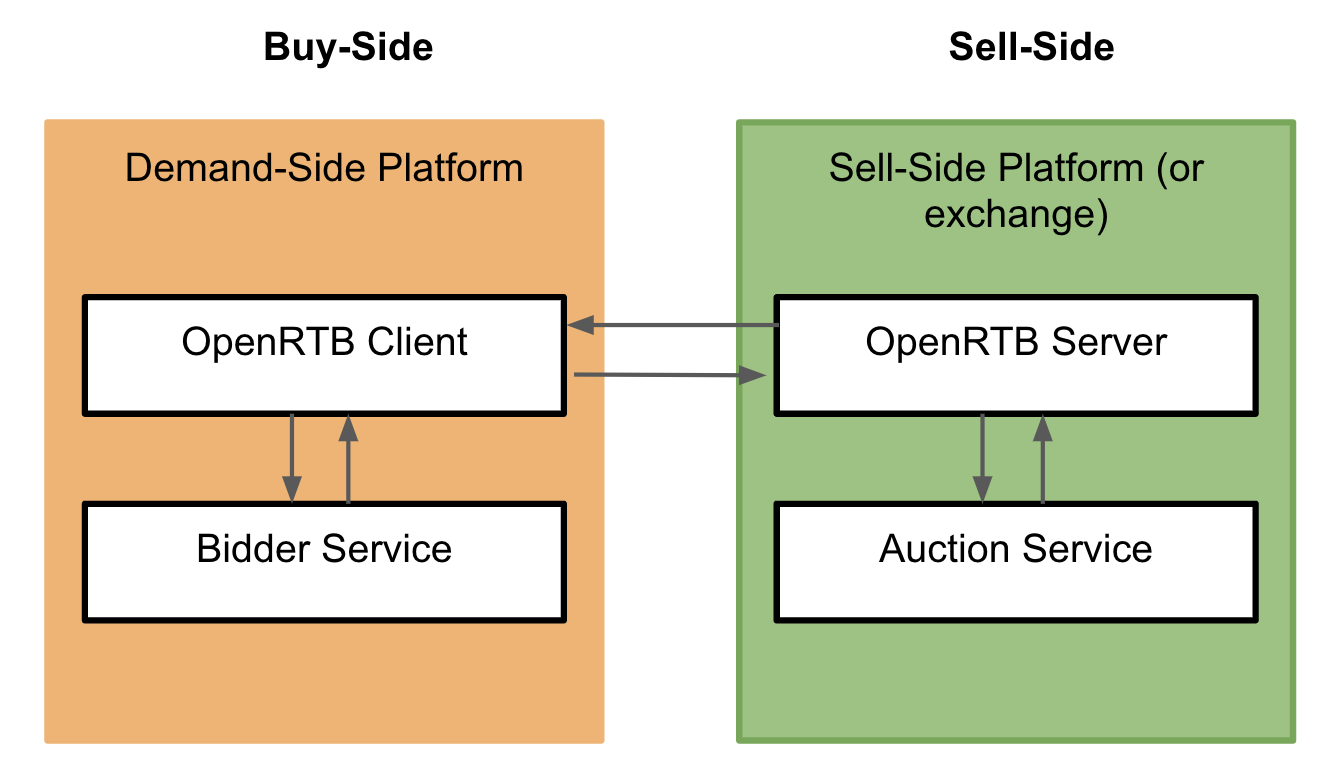 To see the full detailed document on the latest OpenRTB version (as of Aug 28, 2019), please refer to https://www.iab.com/wp-content/uploads/2016/03/OpenRTB-API-Specification-Version-2-5-FINAL.pdf

Beeswax generally supports OpenRTB 2.3, but in some cases, fields from OpenRTB 2.5 are supported. For more details on what fields Beeswax support, please refer to: https://github.com/openrtb/OpenRTB 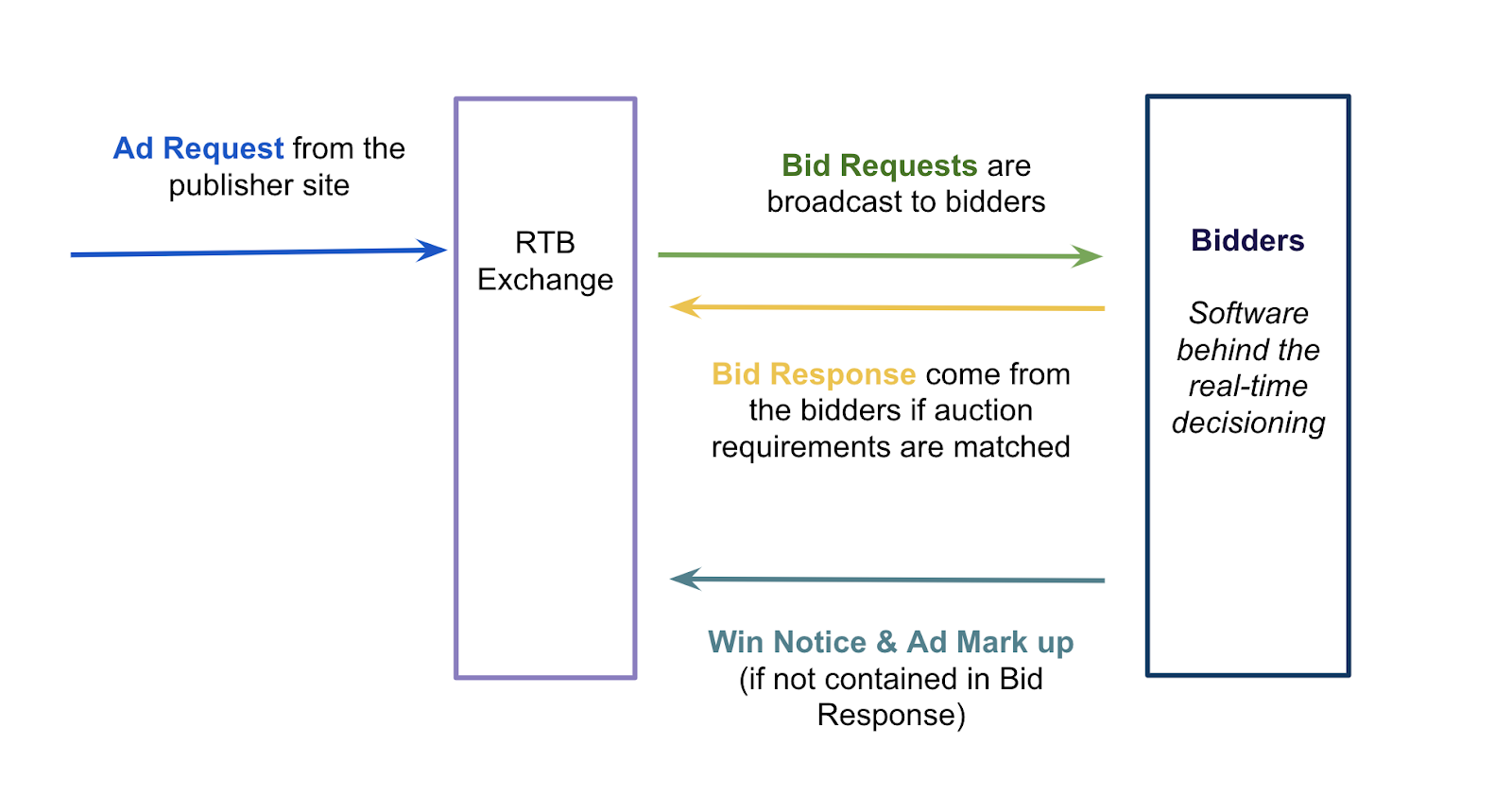 Protocol - A protocol is a standard set of rules that allow electronic devices to communicate with each other.

IAB - Interactive Advertising Bureau. The organisation which empowers the media and marketing industries to excel in the digital economy.

Protobuf - Protocol Buffers. A method of serializing structured data. It is useful in developing programs to communicate with each other over a wire or for storing data.

VAST - Video Ad Serving Template. A document format that gives video players information about which ad to play, how the ad should display, how long it should play, and whether users are able to skip it, among other values.

PMP - Private MarketPlace. An invite-only marketplace where high caliber publishers offer their ad inventory to a selected group of advertisers.

DSP - Demand Side Platform. A system that allows buyers of digital advertising inventory to manage multiple ad exchange and data platform accounts through one interface.

SSP - Supply Side Platform. A system that allows web publishers and digital out-of-home media owners to manage their advertising space inventory, fill it with ads, and receive revenue. This term is largely synonymous with "Exchange".

HTTP - Hypertext Transfer Protocol. The protocol used for communication over a computer network and the most commonly used protocol for the internet. HTTPS is the secure version of HTTP.

JSON - JavaScript Object Notation. A minimal, readable format for structuring data. It is used primarily to transmit data between a web server and web client, as an alternative to XML.

XML - XML stands for eXtensible Markup Language. XML is a markup language like HTML. XML was designed to store and transport data.

RTB - Real-time bidding. A method of advertising inventory which is bought and sold on a per-impression basis, via programmatic instantaneous auction, similar to financial markets.

Impression - A term that refers to the point in which an ad is viewed once by a visitor, or displayed once on a web page.

Did this answer your question? Thanks for the feedback There was a problem submitting your feedback. Please try again later.
Last updated on October 27, 2020